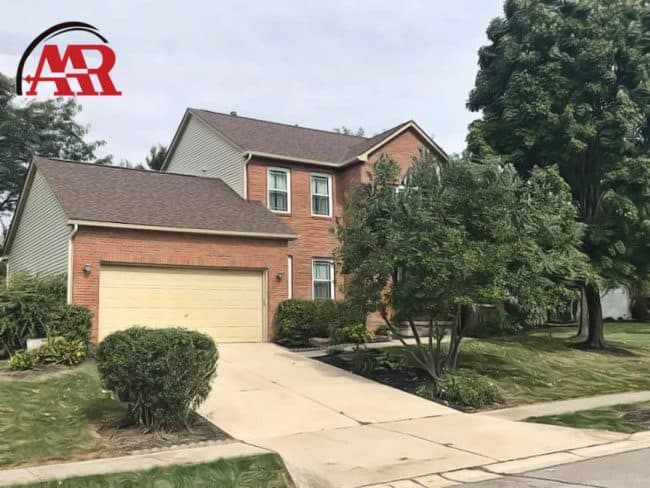 Absolute Assurance Restorations is one of the top rated roofing companies in Mansfield, Ohio. Without a doubt, we provide top level service when assisting customers to correctly identify roof and siding damage caused by fierce storms. In addition, we work with our customers to inform them of the best course of action when we do find storm damage to their home. Never should a homeowner have to go at it alone when trying to navigate the complex process of handling a storm claim. 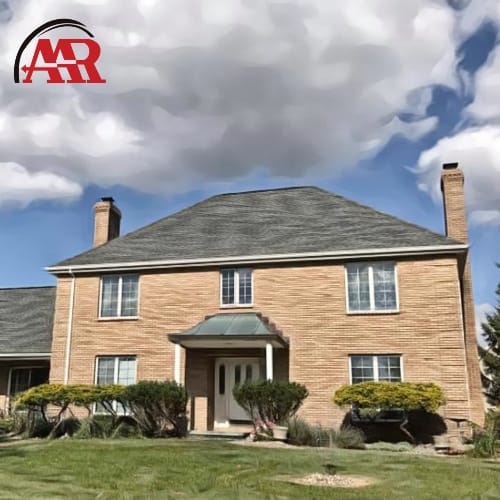 A recent customer of ours called us out for a typical leak in their roof and what seemed like a simple leak became a new roof. They just happened to be in an area that had experienced severe hail storm. Regardless, this particular customer was out of town and uncertain of how severe the storm had been, they simply noticed a small water spot on their ceiling. If anything, it just seemed like a simple repair. Nevertheless, they called us out for a free roof inspection and figured this was going to be a a quick and easy repair. Not even close. 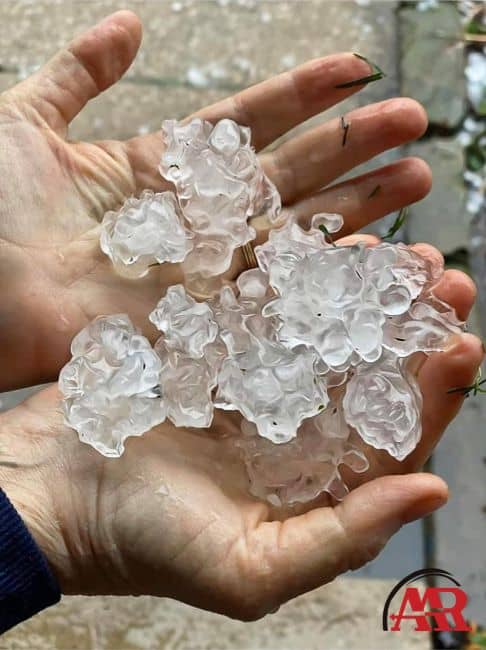 What started out as a simple call for a small leak, ended up becoming a rather large storm damage claim for the homeowner. When one of our highly trained roofers got on their roof, what he discovered was large amounts of hail strikes that had severely damaged the shingles. He also documented that the flashing was severely damaged around the chimney area. (The obvious leak the customer called about was caused by the chimney flashing leak, more on that in a minute.) We provided the customer with the documented damage and as a result they contacted their homeowner’s insurance company to file a claim.

What is important to note in this situation is that we were the second company this homeowner called. They hadn’t checked the credibility of the first company they originally called for an estimate. That first company gave them a quick repair estimate for the chimney flashing and didn’t even notice all of the severe roof damage from the hail strikes! The homeowner called us for a second opinion because we had superior ratings and reviews compared to the first company they had called. Unlike the other company, we were thorough and made certain that we inspected their entire roof and we documented everything the homeowner would need to make an informed decision with our recommendations.

In the end, because of our superior expertise to accurately identify storm damage and provide an excellent course of action, we earned their trust and performed all of the necessary work to restore their home to its proper condition. Most importantly, the entire job was paid for by their insurance company (minus their deductible)! Included in their storm damage roof repairs was an entire roof replacement, new gutters, flashing, and even two brand new second floor windows.

If you need a roof inspection after a storm, contact Absolute Assurance Restorations. We are a top rated roofing company in Mansfield, Ohio. In the event you have storm damage, we will restore your residential roof, siding repair, windows, gutters, skylight repair, and any interior damage. Also, we do all types of roof including shingle roofs, metal roofing, slate, rubber and flat roofs. We don’t miss any damage and we follow a step-by-step process that guarantees your roof is installed correctly. Contact us for a free estimate (419) 709-7223 or fill out our online form. 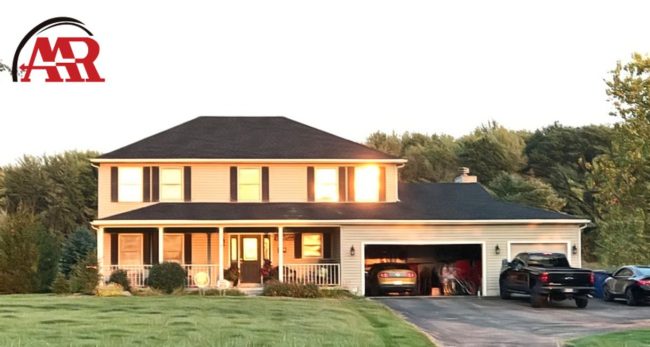 Throughout the Ohio stay-at-home orders, Absolute Assurance Restorations has been operating at full-scale as an essential business. As hard working roofers in Ohio, we are super excited that a plan was laid out to Responsibly Restart Ohio that will directly help more businesses reopen across Ohio. Since we have been fully functional throughout these difficult times, we are confident that as a society we can do this while protecting one another.

Public officials laid out their basic plan for all Ohioans to follow so that more of us can get back to work while simultaneously still protecting each other and our families. Firstly, the plan involves staggering the opening of select sectors of the economy while still balancing health and safety. Secondly, maintaining current social distancing procedures are essential. Thirdly, employees must wear “face coverings.” Also, employees must maintain hand washing procedures and periodically sanitize their work spaces. Lastly, any employee who is symptomatic at work must “immediately isolate and seek medical care.”

Here is the bulletin issued out by health officials: 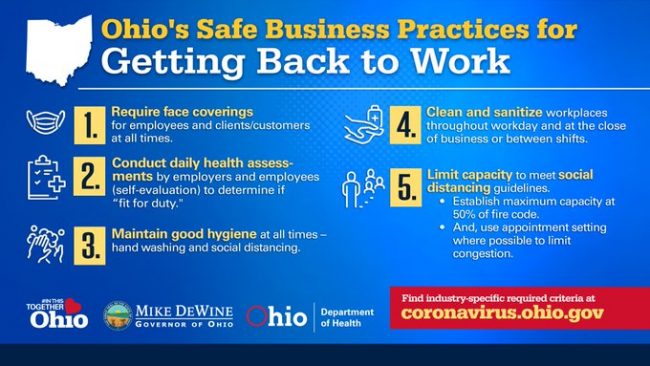 Here is a breakdown of businesses that can open in Ohio with the start date:

Businesses Not Scheduled to Open Yet

At this time, some business sectors are not permitted to reopen until further notice including: 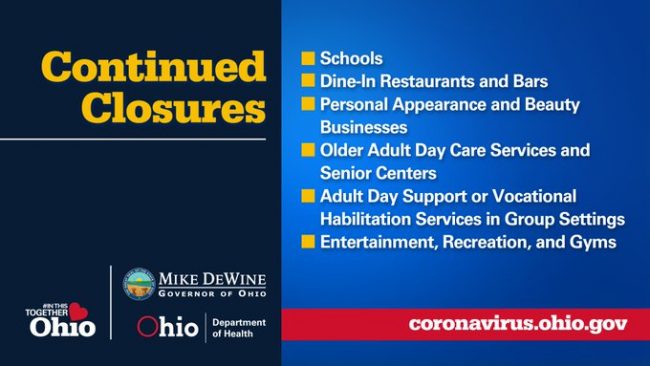 I personally know many small business owners who cannot open yet. They are great people and this is a very difficult time for them and their employees. I think it is important for the rest of us to do our part to further this opening process along by maintaining all required safety standards. Until then, we will continue to support as many businesses as we can, including restaurants who offer carry-out meals and eLearning for students.

Soon enough, we hope our fellow Ohioans are back to work. I look forward to the day when I can get my typical buzz cut, get a great workout in at the gym, and grab a beer at my favorite restaurant.

If you are in the Central Ohio region, Absolute Assurance Restorations is one of the top rated roofing companies near me in Mansfield. Check out our reviews. We do storm damage repair on all types of roofs including shingles, rubber, flat, metal roofing, and slate roof repair. Also, we do storm damage siding repair and replacement, gutters, windows and skylights. Contact us for a free estimate (419) 709-7223.